Armed with RACHEL (Remote Area Community Hotspot for Education and Learning) Server equipment for the Solar Lab, Harpal descended on the welcoming party at Chania High. 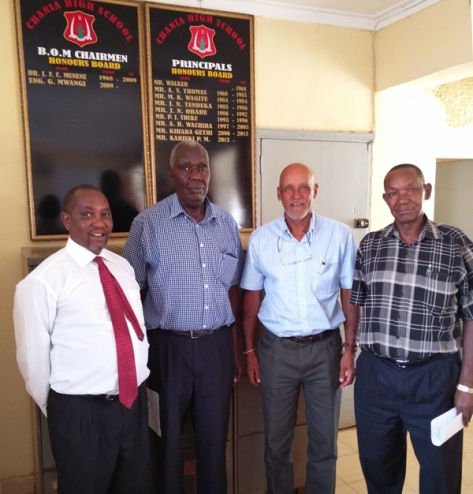 There was the Headteacher Mr Kariuki, Mr Mwangi, the chairman of the Board of Governors, and Mr Samuel Njunu, another Board Member, to greet him.

He had a most humbling time. He had an extensive tour and he also got to address all the pupils. Modestly he told them ‘I am what I am because of the education I received at Chania High, here where you now stand.’ And judiciously he told them how important it was for them to focus on their education.

He had a lot to report on his return. ‘Although they had little, with sheer hard work they managed to achieve a lot,’ he said. Their KCSE (Kenya Certificate of Secondary Education) results told their own story. Five years ago they were barely achieving an average grade C but in 2015 it had improved to B-. The continual improvement showed the calibre of leadership and excellent teaching. 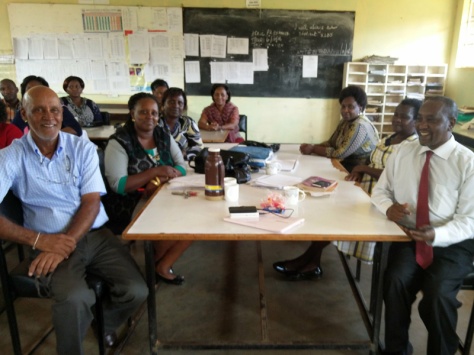 He said some areas needed investment. The Science Labs and Workshops lacked facilities and the present computers were used solely to teach students how to use computers rather than to master other subjects. He felt these were areas that TTAT could well help champion.

Our aim is to deliver, through fund-raising activities, the facilities the students schooling in our former educational home require for a good education.

to be rather than to seem to be